Line Knutzon (b. 1965) is a Danish playwright. In 1991 she had her breakthrough with the play SPLINTER IN THE HEART, whereby she made her mark as one of the most significant and successful representatives of new Danish playwriting. Her style is dynamic, comic and sometimes farcical, mixed up with poetic expressions of indignation and desperation in a combination of absurdism and grotesque realism, fragments of fairy-tale and subconscious metaphors. Knutzon surely has her own unique universe and most of her plays have been staged successfully in Denmark and abroad.

A play about the difficulty in surviving in a world filled with insecurity. The two main characters, Paul and Prue, try to find security and reassurance in their relationship, confusing as it may be. In their flat, nothing really happens besides the occasional nagging, some reconciliation, some daily rituals. But deep inside the pipe system of the building, the small, aggressive Buddhists hang out when they´re not locked up un a small, blue box. And outside the building, in the ‘society’, the world is scary and threatening – here the powerful and mean Nephews dominate. They victimise Mr Pin, the caretaker, because of his glasses. Will Pin succeed in beating up the Nephews and bringing Prue the present she always wanted?

The singer and dodecaphonic artist John Hansen is dead. The environment inside and around him is shocked. Four dedicated fans decide to make a memorial concert in front of John’s legendary house. The immense body of work, John Hansen leaves us with, reflects an artist and a life filled with contradictions, nonsense and disappointments. It can be difficult to organise such a concert – so difficult that you almost forget who you are reminiscing. The guitarists Grete, Kim, Gregers and Hesselhud try their very best. The only question is if this is good enough?

A married couple has bought a ramshackle hovel in the countryside in order to fulfil their dreams and lead a better life. Now it’s time to restore the ruin. The work is of course carried out by illegal workmen, because if you’re a good person, it’s okay. From this point on, the workmen are in complete control. They decide everything because they know everything. Eventually, this reign of horror brings out the worst in the good couple.

“There are laughs and frights when the soft violinist and his sweet wife in their blind obsession with the perfect life become manipulated by a bunch of rude and very intimidating workmen who milk them for money, whilst the anger boils over. […] Knutzon’s derelict property is a wonderful comedy for a time with a lot of equity but no values. See it before your plumber.” – Berlingske Tidende 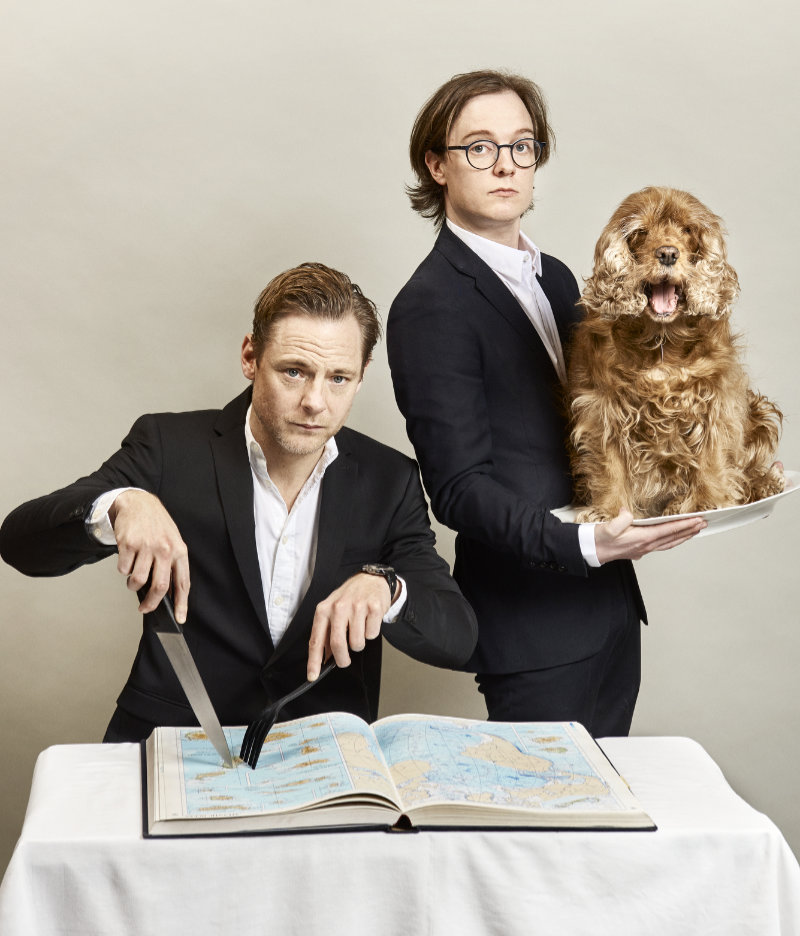 In a pub, two guys have had a bit too much to drink, and suddenly one of the them bites off one of the other guest’s fingers, and subsequently eats the rest of the guest instead of calling a doctor. In no time, he succeeds in eating his friend’s dog as well as the entire neighbourhood. The two guys attempt to figure out what to do in this chaotic world. It does not get any easier when an odd girl named, Aggi, and the chameleon, Paul, joins them.