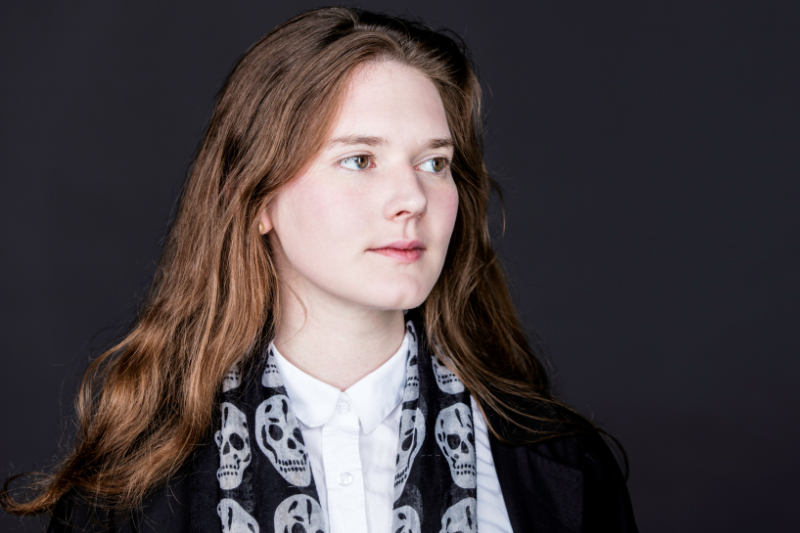 Cordelia Lynn (photographed here by Johan Persson) was born in 1989. Until the age of 16 she trained to become a professional pianist. She has studied English and Modern Literature at Bristol University and University College London. In 2012 Cordelia Lynn became part of Royal Court Young Writer’s Programme and received the 2017 Pinter Commission for an early draft of ONE FOR SORROW. In the time between her writing the two plays presented below, she has authored three plays more. 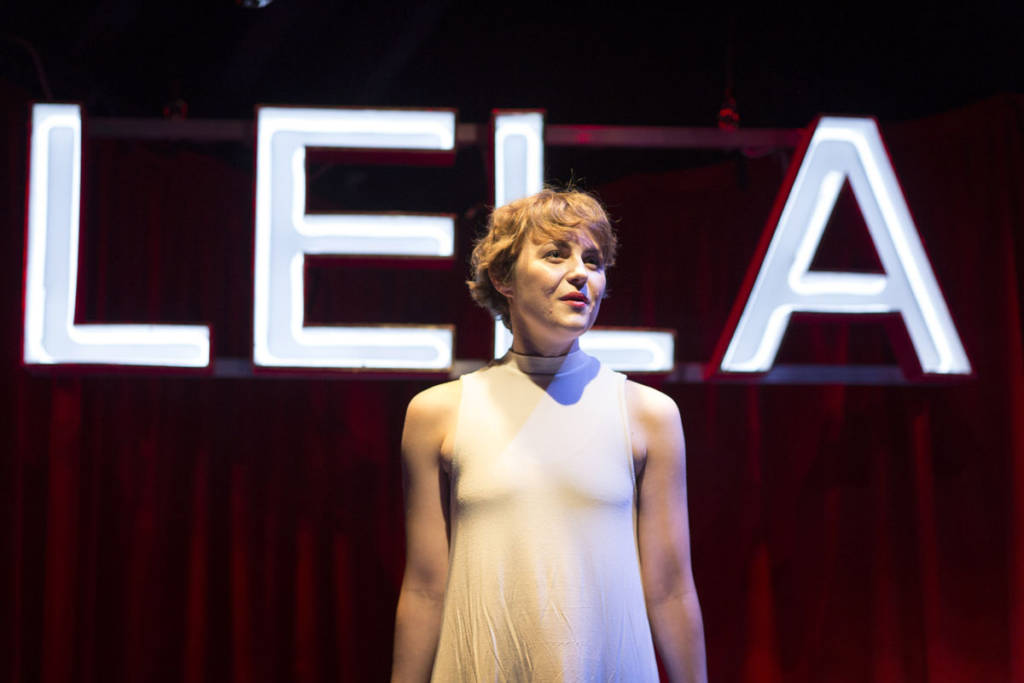 Cordelia Lynn calls this play ‘a monologue’, which is in a certain way misguiding (since it’s written for 2 actors) – but it also makes sense in a quite shocking way: The teller of the story, Lela – a young woman from a never named country in the Middle East, or perhaps in Africa – is often interrupted by a number of male individuals (all played by the same actor), offering more ‘official’ versions of the harrowing story Lela is sharing with us. Although this is indeed Lela’s story, it can never be completely her own, since her world is not hers to control.
Lela’s story is one of violence and forced prostitution, and she is abused and let down by everyone. Even by a Western peacekeeper, whom she asks for help.
Despite the dark and harrowing subject of the play, Lela’s voice is always full of light, optimism – and wit. She never succumbs to self-pity, and never considers herself a victim. Lela’s longing to live and to love makes her ‘monologue’ a shocking celebration of life.

Since its initial production LELA & CO. has been staged several times in the UK.

“Form and content are married to offer a harrowing, astringent but surprisingly playful critique of war, and the violence of patriarchy and capitalism. It’s devastating.” (The Guardian)

“Lela & Co. interrogates dangerous subject matter with fearless compassion, boldly declaring a terrifying fact. If only it were all a fiction.” (Everything Theatre) 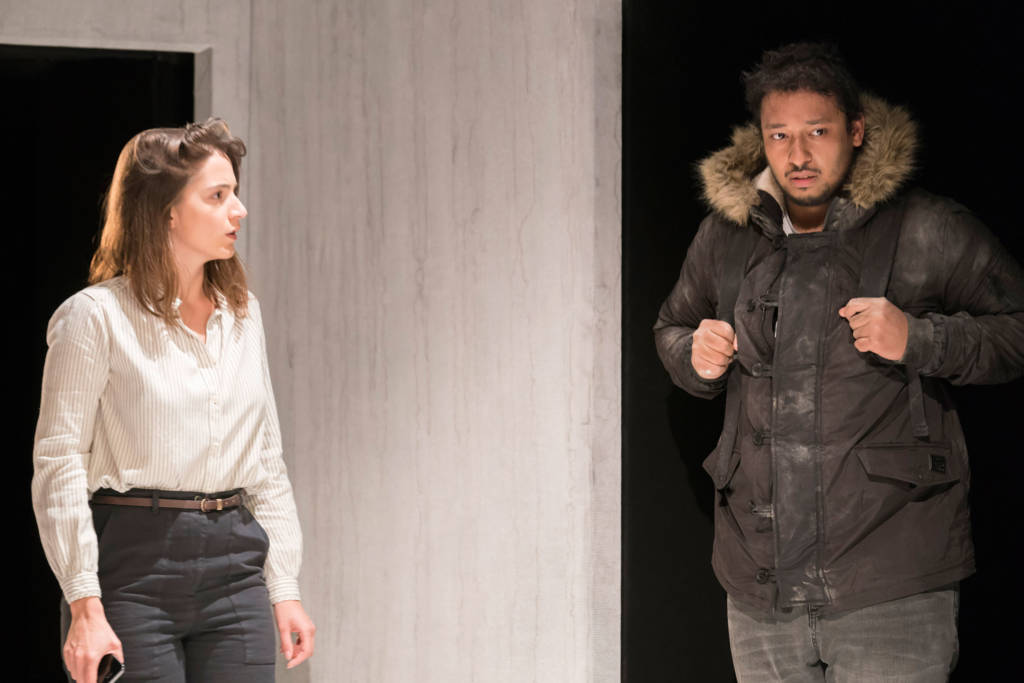 ONE FOR SORROW at Royal Court Theatre, 2018 (photo © Johan Persson)

During a terrorist attack on London, 20-year-old Imogen joins an online campaign offering immediate refuge to victims of the attack. Before her family (consisting, apart from Imogen, of her parents Emma and Bill, and her little sister Chloe) have even had a chance to have a reasonable discussion, a young man, John, is at their door. He is different to them (being of ‘Asian’ descent) – and not at all what they expected. And although they would never admit it to themselves, he isn’t necessarily what they wish for on this particular night of fear and anxieties.
The mysterious John’s refusal to take off his coat adds to the insecurity of the family: Is he in fact not a victim escaping the attack but a terrorist wearing a bomb vest under his coat which he might trigger at any moment?
ONE FOR SORROW is a play about our fears of the ones we don’t understand – but also our fears of losing our loved ones. About young people’s resistance against repeating the mistakes of their parents – trying (perhaps in vain?) to make the world a less fear-dominated place.

From the press:
“A rich, fascinating work that sends you out into the night challenged and troubled”
“A riveting, quicksilver thriller” (The Stage)

Cordelia Lynn talks about the significance of Royal Court Theatre for her plays, on the occasion of the theatre’s 60th birthday, 2016 (in a video produced by Copper Productions):