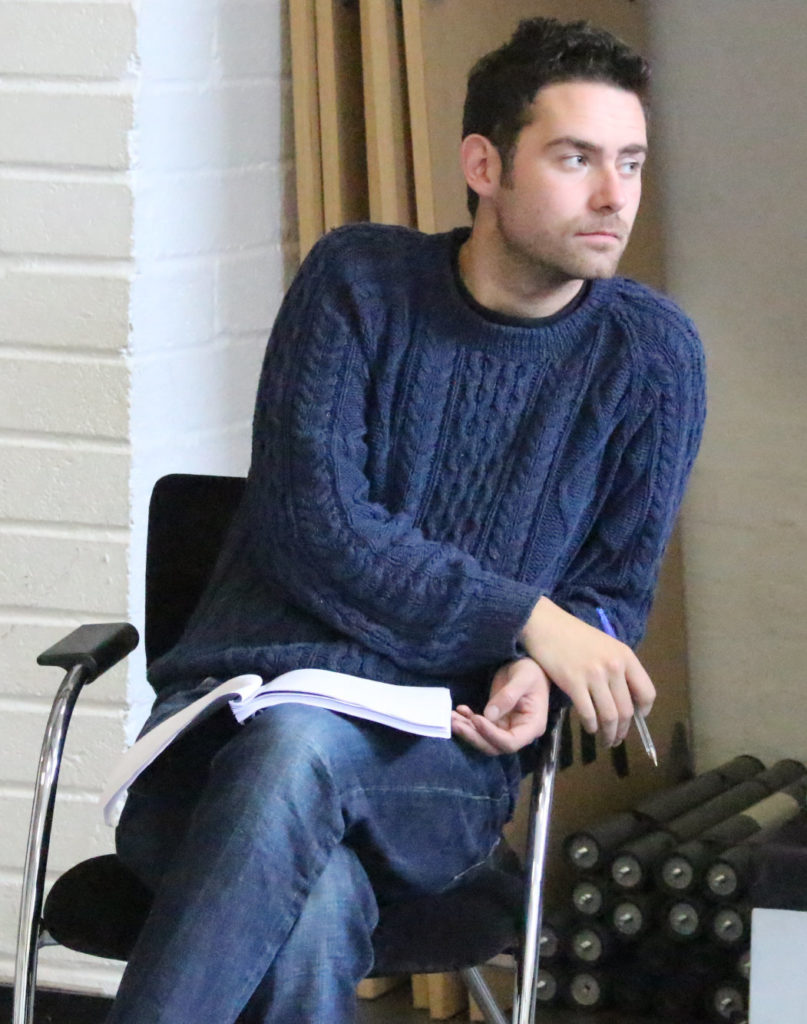 The 30-year old James Fritz mentioned Caryl Churchill as his greatest ideal when his debut play, FOUR MINUTES TWELVE SECONDS, premiered at Hampstead Theatre in 2014. The play received an Olivier Award nomination, and Critics’ Circle named him “Most Promising Playwright” of 2015. The next play by James Fritz – the monologue ROSS & RACHEL – was described by the press as “a virtuosic piece of writing, playful, post-modern and devastatingly serious” (Time Out). Adjectives, that can also be used to describe his other dramatic works. Fritz always takes up a clearly defined social or political dilemma and treats it with an impressive control of structure, verbal economy and alleviating humour.

The British press, by the way, seems to agree that the two youth theatre plays by James Fritz – START SWIMMING and THE FALL – “set a new standard for youth theatre”.

In addition, Fritz has written two acclaimed radio plays for the BBC – DEATH OF A COSMONAUT and COMMENT IS FREE.

The highly anticipated (and already prize-winning) new play by James Fritz – PARLIAMENT SQUARE – opened in October 2017 as a co-production between the Royal Exchange Theatre and Bush Theatre.

His coming play, LAVA, is scheduled to open in Nottingham Playhouse in June 2018.

Fritz has received commissions for new works by several British theatres as well as from TV. In other words – this is most certainly a writer that we are going to hear a lot more from!

Four minutes and twelve seconds is the duration of what seems at first to be a revenge-porn video of a young woman which somebody has uploaded to the internet. The play focuses on the parents of the boy who is suspected in the local community of having filmed and distributed it. We witness the increasingly desperate – and sometimes absurdly comic – attempts by the middle-class couple to protect their son so that he can graduate from school with good marks and certainty of acceptance in university. As opposed to his friends in the socially diverse neighborhood they live in. The play is a ferocious comment on overprotective parents with too little real contact to their teenage children – in a society with increased social inequality, in which the “every man for himself”-mentality prevails. 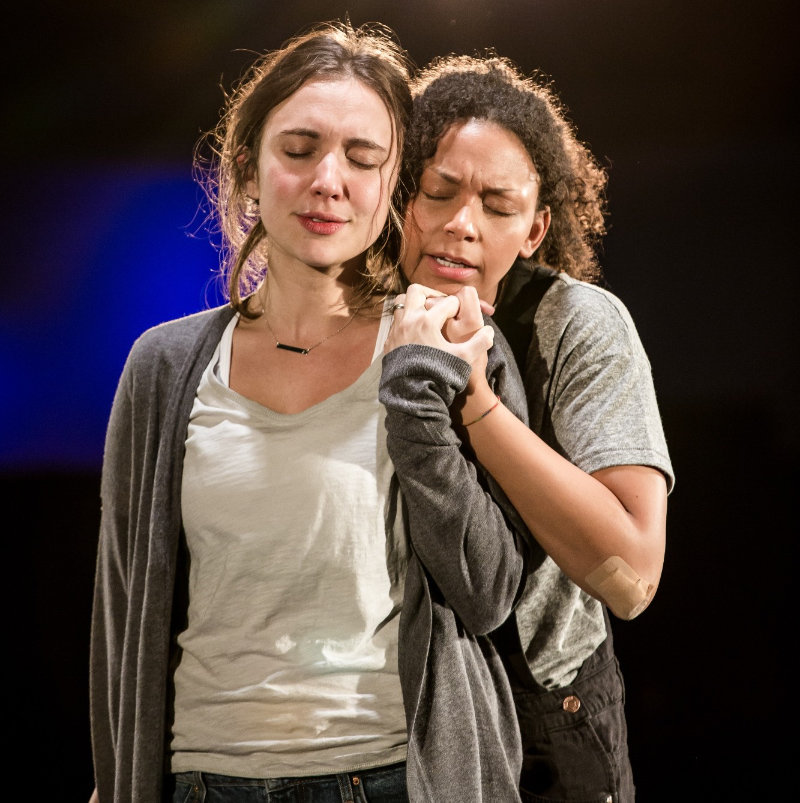 An ordinary woman has had enough. She leaves her home, husband, children, job and life and heads to the capital city with a can of petrol and a lighter: One last protest! What consequences does her action have for herself and its victims? Where is the boundary between an extreme idea and insane obsession? A fierce, raw and uncompromising text cleverly constructed of internal and external voices. Winner of the 2015 Bruntwood Prize for Playwriting.