Richard Bean has rightly been described by the British press as “a writer of beguiling originality, with a gift for both laugh-out-loud dialogue and a sympathetic understanding of the darker recesses of the human heart”.

In previous newsletters we have presented Richard Bean’s hilarious comedies THE HERETIC, ONE MAN, TWO GUVNORS and YOUNG MARX. This time we would like to focus on three of his other plays, which are harder to categorize: The ‘absurd’ black comedy THE MENTALISTS (2002), the fisherman drama UNDER THE WHALEBACK (2003) and the psychological drama KISS ME (2017). 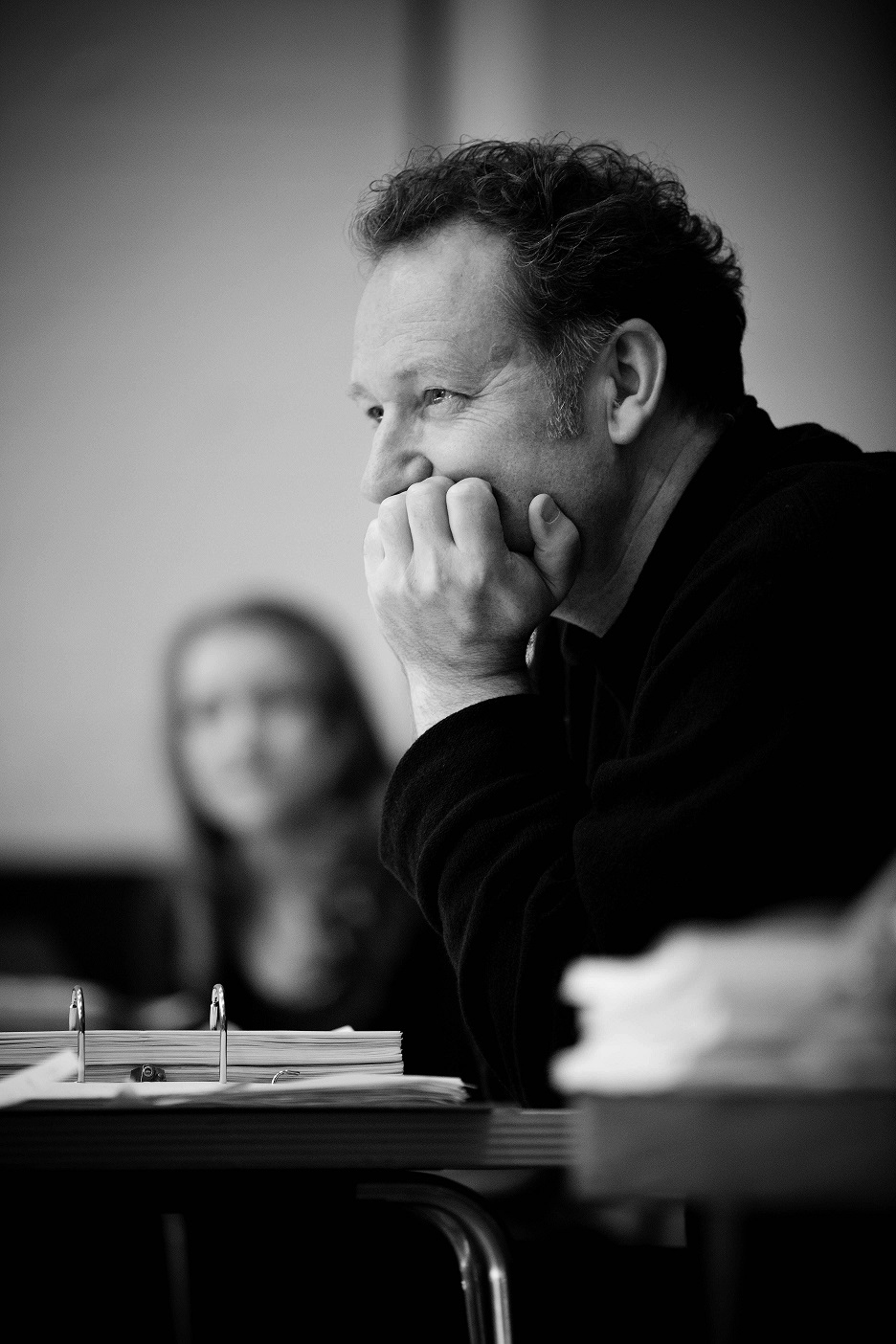 Richard Bean was born in Hull in 1956. After school, he worked in a bread plant before leaving to study Psychology at Loughborough University. Richard has worked as a psychologist and a stand-up comedian.

Richard Bean has also authored the radio plays OF RATS AND MEN (originally performed as a stage play in 1996), YESTERDAY, UNSINKABLE and ROBIN HOOD’S REVENGE. 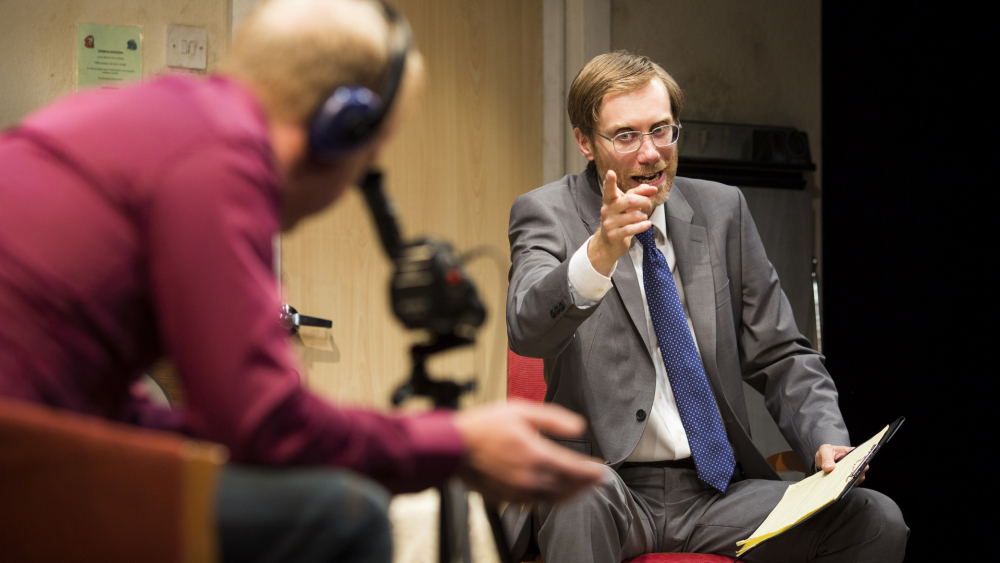 War, poverty, corruption, violence and over-population. Do these things worry you?

Morrie has come to film Ted, who has a messianic plan to found a utopian community based on radical behavioural psychology. In Ted’s Utopia, good behaviour will be rewarded, and “lousy, selfish anti-social behaviour” will be punished, and he’s making a video to advertise his vision for the future and attract disciples to the project. “People won’t like all that control stuff,” Morrie objects mildly. “It’s benevolent control,” snarls Ted.

The Independent called THE MENTALISTS “this oddest of ODD COUPLE comedies” and went on to say: “By turns exasperated, farcical, and tenderly supportive () this is a double act that goes a long way into a childhood that the despised “mentalists” might want to dwell upon.” 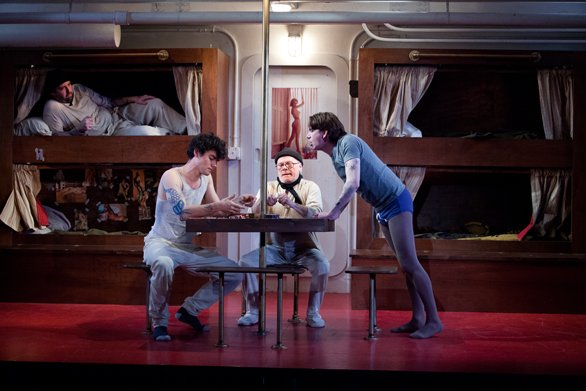 The title refers to the service quarters of a fishing trawler. The play forms an intense portrait of the lives of three generations of fishermen. In three parts, previously in 1965, 1972 and 2002, the author takes up on a windy journey on the sea where the men have the opportunity to show off their bravery, despair and joy. But in 2002 the trawler no longer goes to the sea. The great days are over and the boat has become a museum piece. The text can be read as a political distinction on society but should rather be viewed as an exploit of the human mind when put under great pressure.

Bean’s use of the black humour in the dialogue seems to be taken directly from his memories of the old fishermen in his native Hull.

“What is impressive is its sense of lived experience. Bean writes with knowledge and humour of the trawlermen’s trade and creates in Cassidy a wonderful larger-than-life figure” (The Guardian)

“Poets and playwrights have glorified the exploits of seafaring men since Homer’s Odyssey. The Wilma Theater presents a more personal, though no less inspiring, look at this tradition in their riveting North American premiere of Richard Bean’s Under the Whaleback”. (The Philadelphia Inquirer) 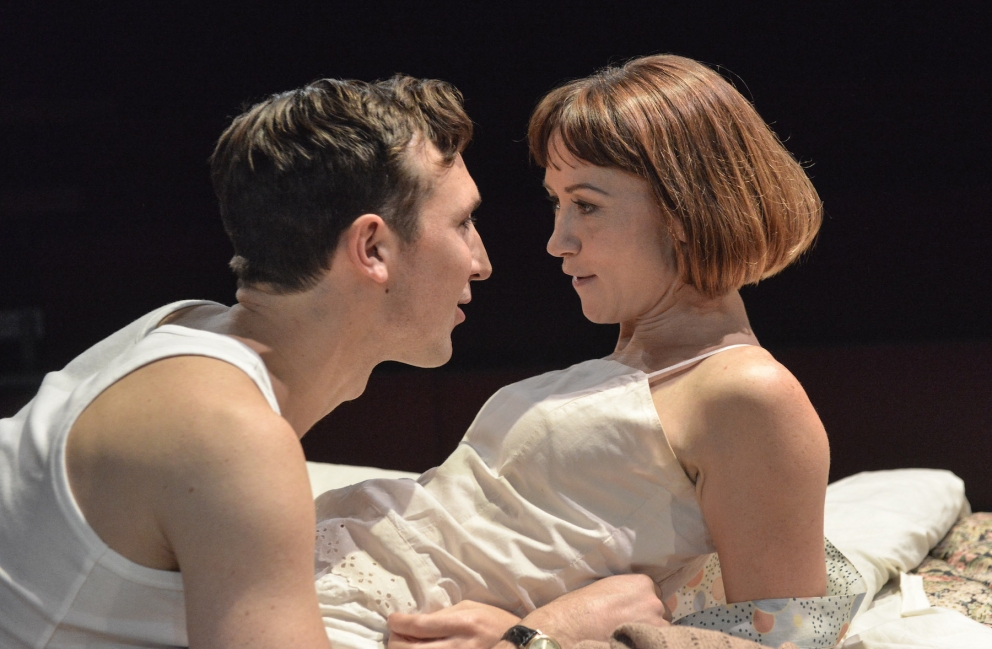 A desperate woman. A chivalrous man. And a forbidden kiss that changes everything.
A beautiful and unorthodox love story about two people struggling to escape the guilt and ghosts of the past, set against the shifting world of London post-World War I.
The play has wonderful dialogue – both of the funny and the painful kind. The grief that the characters feel from having lost someone and their survivers’ guilt shines through every scene, and makes this short and simple play a very touching experience.

“It’s nice to see Bean, best known for One Man, Two Guvnors, writing on a smaller scale. This quiet and often quietly funny play may be understated in its brevity and scope, but it feels honest in its exploration of the complexities of being a survivor in a world tipped upside down.” (The Guardian)