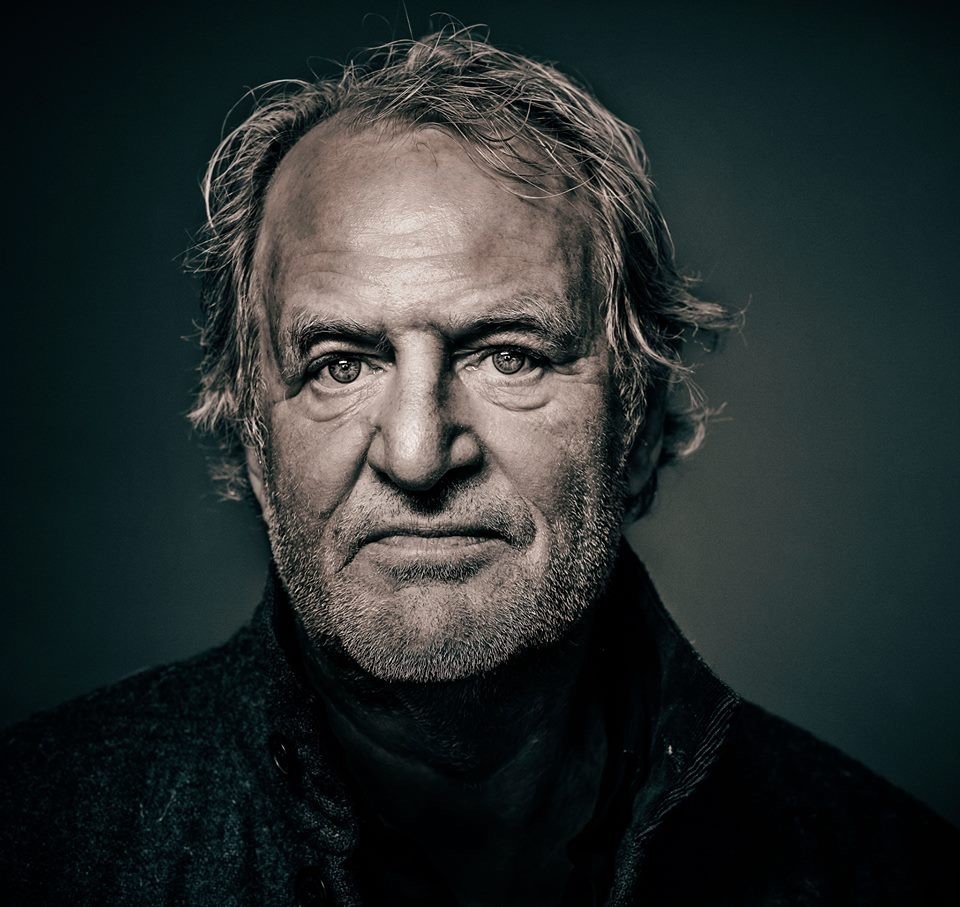 Claus Flygare (b. 1945) has been enormously productive througout more than half a century – as a playwright, writer of satire, actor and artistic director. In 1974-81 he was a member of the ensemble and in-house writer at Jomfru Ane Teatret in Aalborg, writing during this time some of the best song lyrics for the Jomfru Ane Band. Then he worked as an actor at Odense Teater. In 1983 he and Tina Gylling Mortensen founded the visionary Mammutteatret in Copenhagen. As a director Claus made headlines with ‘Latter’ (1995) and has since directed many memorable productions. Parallel to his work in theatre he has written numerous satirical texts for TV (mainly for the shows “Klikk” og “Den Gode, den Onde og den virk’lig Sjove”).
In 2008 he – alongside Kari Vidø and Lars Kjeldgaard – received the prestigious Reumert Award for Best Play (for Fobiskolen).

Besides the plays presented in this newsletter, these titles deserve mention here:

A cracy farce set in a funeral home.
It all begins on the day when the old undertaker receives his test results from the doctor which apparently do not look to good. At the same time his assistant has a terrible anxiety attack while the funeral home is invaded by weird customers – a married couple who wants a funeral planned. Everyone is whirled around, losing their footing, finding it again and are slowly illuminated by a gentle, clear and very loving atmosphere.

The press:
“Claus Flygare has a warped, macabre sense of humor, developed during his years working with theatre, tv -and radio satire. He expertly spots the absurd in a situation. A comedy? No, a farce of the kind that unfortunately is not made anymore” (Ekstra Bladet)
“A dark and funny comedy of swindlers, with a nice chore of morality – a mild sermon warning against human selfishness and greed. ( ) A wonderful evening at the theatre…By God, how we laughed.” (Henrik Lyding, Jyllandsposten) 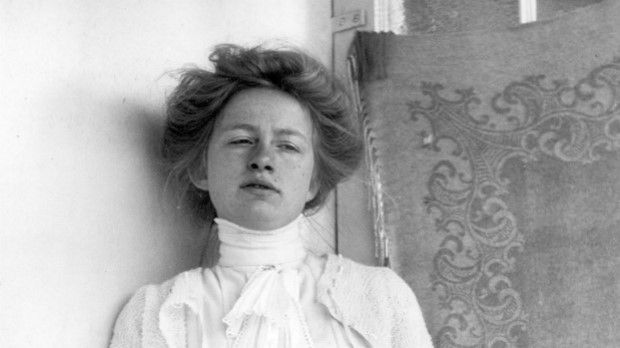 A poetic dream play about an important name in Nordic modernism: the Finnish-Swedish poet Edith Södergran (1892-1923). The play follows her life and work in light of the significant events, trends and figures of the time, including the Russian Revolution, Futurism, Nietzsche, Freud, Meierhold and Stravinsky. With biomechanical movements, King Ubu-like scenarios and nightly dialogues with Zarathustra, Claus Flygare has written an ingenious play with large scenic opportunities.

’PPP – Pier Paolo Pasolini’, which was the original title of the play,  Mammutteatret’s production at NyAveny, 2009 (photo © Per Morten Abrahamsen)

The story about one of the most controversial and talked about artist of our time. Pier Paolo Pasolini grows up during the Italian fascist regime and throughout his whole life he fights a suppressed and personal battle against fascism. A dramatic and picturesque work, which, in a chronological order, portrays Pasolini’s life through scenes from his films, plays and poetry.

“Claus Flygare has succeeded in composing a play with lines that strikes Pasolini’s existential drive with precision and love. The play is both brave and indelicate – as beautiful and sumptuous as a walk through the alleys of Rome”. (Information.)

★★★★ “A play that aims for something different: To rip us out of political colourlessness. Med rough means” (Gregers Dirckinck-Holmfeld) 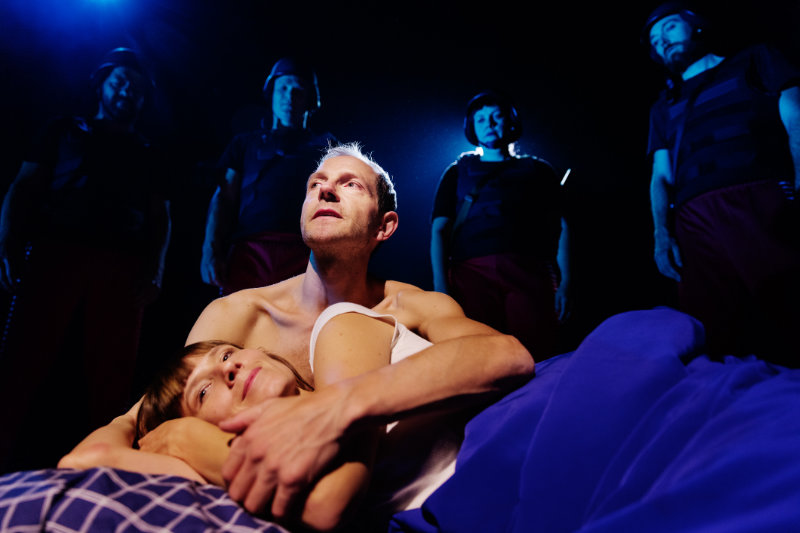 The play is an adaptation of Kaspar Colling Nielsen’s novel from 2013. Denmark is at civil war. The people has had it with financial crisis and the politicians’ unkept promises. At the battlefront, in the centre of Copenhagen, Henry and the love of his life, Leonora, are ready to fight. 450 years later we meet Henry again. He and his dog, Geoff are living an eternal and happy life thanks to an advanced stem cell programme, that not only keeps humans alive, but also gives their pets human capacities. Despite huge fortune and luxury, Henry cannot escape facing his past.

DEN DANSKE BORGERKRIG 2018-2024 is a tale about what can happen when democracy fails and humans lose faith in love and solidarity.

“Claus Flygare has changed the novel into drama – with a strong sense of catchy lines and big contrasts in this desperate tale of doom”. “ (Information)

The wolves have invaded the country. They sneak in everywhere and create fear and horror. The poems by cult writer Bolette Lund are the only remedy that can make the wolves withdraw. Because Bolette’s poems can kill…

Her identity-political poems of violation are sold by the hundred thousands. Bolette is lying, but in her own opinion she is fighting for artistic freedom. The poems by Bolette are so potent that she is becoming the object of a growing personality cult – an explosively increasing number of readers who follow Bolette wherever she goes. To her readers Bolette and her poems are the answers in a time of ever more complicated questions.

With twisted magic realism the writers Kaspar Colling Nielsen and Claus Flygare have written a satirical comedy about our need to find and worship leaders who might show us the way in an incomprehensible time dominated by fear and confusion.

“Surprisingly relevant… The story has a good flow, the dialogue is funny, and one can but guess what the meaning with the whole thing is.” (Kulturkupéen) 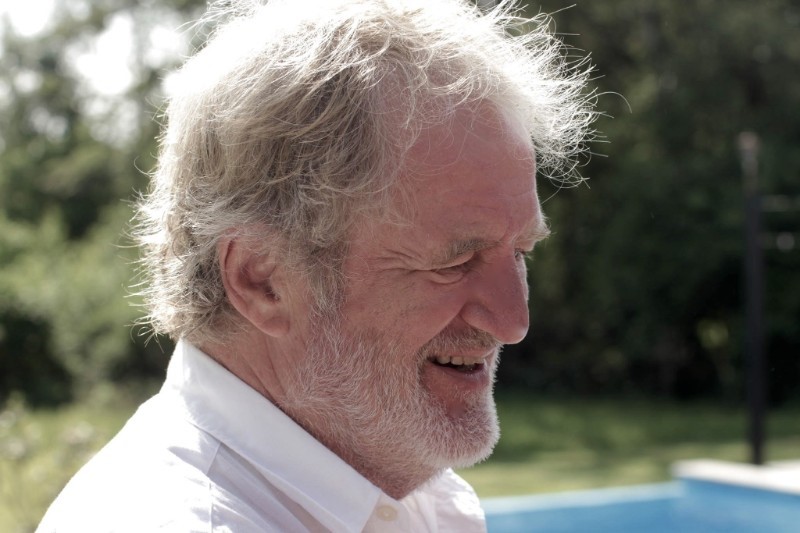