A new, poetic text by the author of LOOK AT ME WHEN I’M TALKING TO YOU 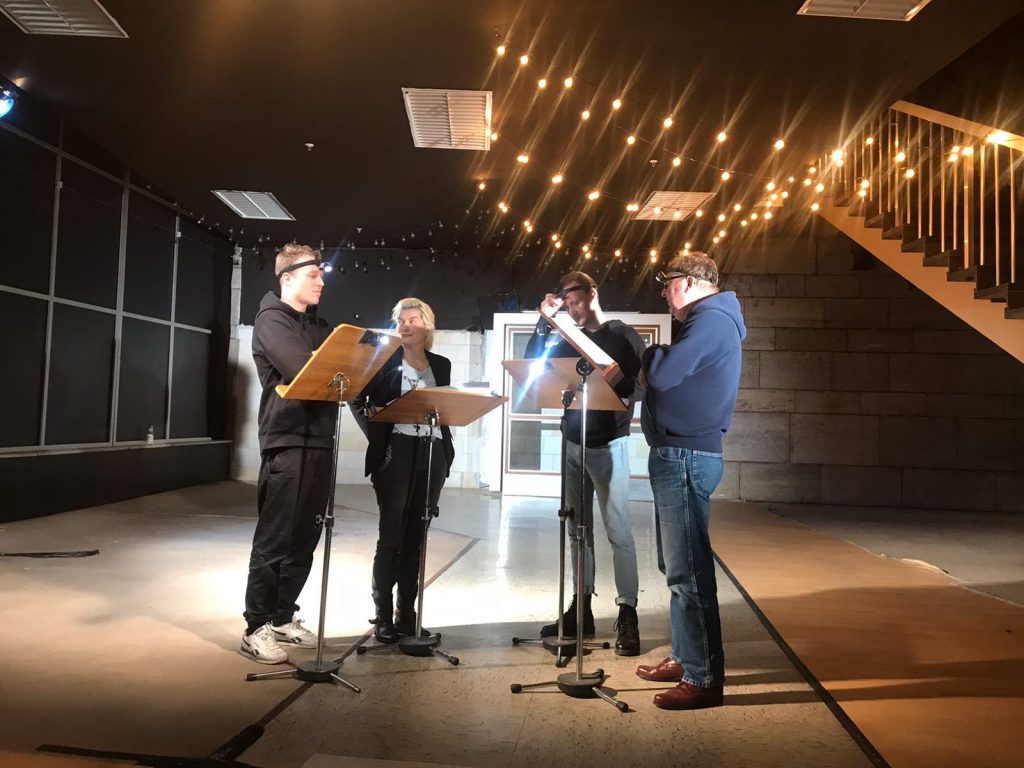 VI ER KRIGERE (WE ARE WORRIORS)

Where does an individual begin – and where does an individual end? How are we responsible for each other? The individual I is alone and looking back on the life lived. Something, or someone, is lost. I starts to speak. Then comes the OTHERS. They interrupt, provoke and comment, they listen and comfort, they confide and accuse. The conversation is brutal and conflict-filled, but also heartfelt and caring. What is the truth and what is a lie? Who is to blame, who needs help, who is obligated to help? And who are the OTHERS, really? The cacophony of their voices destroys the picture and turns reality upside down. The play is about looking beyond one’s own world, and about the fact that I and the OTHERS may look more like each other than we want to see.

Monica Isakstuen (b. 1976) is a Norwegian playwright, poet and novelist. She grew up in Asker, just outside of Oslo.
She made her debut as a poet in 2008 with the collection ‘Sånn, borte’ (‘Gone, just like that’) about the death of her father. And the following year as a novelist with ‘Avstand2’ (‘Distance2’) – again focusing on the ambivalent feelings about the death of a father, this time as experienced by a son.
In the fall of 2016 her first dramatic work – the monologue ‘Om igjen’ (‘Once Again’) based on her novel of the same title – premiered at the NonStop International Theatre Festival near Oslo.
Monica Isakstuen’s third novel, ‘Vær snill med dyrene’ (’Be Kind to Animals’, 2016) has been translated into Swedish, Danish and German. She received Brage-prisen, the most prestigious Norwegian literay price, for this novel.
Her fourth novel, ‘Rase’ (‘Rage’) was published in late 2018 – a painful exploration of the forbidden feelings of a mother’s anger and aggression towards her children. Or rather, of her own fear of these feelings.
In the season of 2018-19 Monica Isakstuen has been one of the in-house playwrights with Dramatikkens Hus (The House of Drama) in Oslo. It was during this period of time that her play ‘Se på meg når jeg snakker til deg’ (’Look at Me When I’m Talking to You’) was written and published as a book. The play has had staged readings at the Théatre de l’Odeon in Paris (in March 2018) and at Theater Konstanz, Germany (in May 2019).
It’s first production will be at Rogaland Teater in Stavanger (only 500 km west of Edinburgh) in the fall of 2019.
She has recently finished another play, ‘Spark*Joy’, a commission from Kilden Teater in Kristiansand, Norway. And she is currently working on a new play with the working title, ‘Vi er krigere’ (‘We are Warriors’) which had an R&D at Dramatikkens Hus.